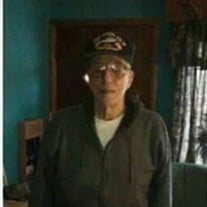 Byron Lee Baker (Barney), 89, of Decatur, IL passed away August 13, 2021 at St. Mary’s Hospital. Barney was born, October 31, 1931 in Decatur, IL , the son of Benjamin Harrison Baker and Ida Sophie McVey. When Barney was in Junior High he found his calling for Basketball. His high school years at Decatur High were full of sports from Football to Basketball, Baseball and Track, he excelled at all athletics. Later in life he enjoyed bowling and golf. After High School he joined the Navy and spent 3 years on the USS Orion Sub Tender then on to the Submarine USS Runner II in the Pacific during the Korean conflict. After the war he married a girl from his neighborhood Verna May Carter on June 7th 1957 and proceeded to build his own home with the help of his Father Benjamin. Barney attended night school at Millikin which helped him become a Tool and Die Maker at Wagners/Intermet. Barney worked at Wagners/Intermet from 1955-2005. His grandson Benjamin Baker followed in his footsteps as a Tool and Die Maker. Together Barney and Verna had 3 children Stormey Baker(Connie)of Pulaski Tenn. Gale Baker of Decatur and Wendie Baker of Decatur. They raised their grandson Benjamin Baker. Barney has 4 grandchildren: Benjamin Baker(Michelle), Daniel Cook, Kristen Cook, and William Cook. He also adopted Mandy Morrissey of Mattoon and Mindy Peters of Bethany as his own He had 11 great grandchildren Brylee Baker, Vera Baker, Joshua Cook, Taylor Cook, Isaiah Cook, William Cook, Jacob Cook, Evan Waldrop, Trenton Waldrop, Abigale Peters, and Bryson Peters. Preceding him in death were his wife Verna Baker his Son Gale Baker, Grand Son Daniel Cook, and great grandson Trenton Waldrop. Barney lived a wholesome life with 89 years of memories which he loved to share when asked. Special thanks to Pamela Anklam for being there for the family during Barneys final moments. Service will be held 11am this Saturday the 21st at Graceland Fairlawn Funeral Home. Inurnment will be at Wheeler Cemetery. Condolences may be left to Barney’s family at www.gracelandfairlawn.com.

The family of Byron Lee (Barney) Baker created this Life Tributes page to make it easy to share your memories.

Send flowers to the Baker family.