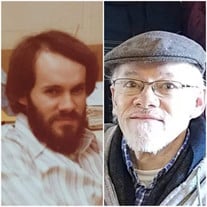 Charles W. Brown “The Strongest Man I Ever Met” Many knew him as “Charlie”, but after six back operations through the years and overcoming a long bout of leukemia in 2020, only to have passed away unexpectedly from a procedure on June 8, 2021 at St. John's Hospital in Springfield, IL. Born in Geff, Il. the son of Wayne Brown and Lorene Scott. He is survived by his older brother Millard, son Jeremyn, and grandchildren Jordan, Dalton and Rylee. He was preceded in death by his parents, brother Lowell, and son Chuck. He faced more battles than most could bear. At age 12 he was in an auto accident that killed his mother and left him partially paralyzed. He learned how to walk again, married, had two boys, divorced, and raised them as a single father in a time it was almost unheard of. We always called to wish him a Happy Mother Day! He began his career at Superior Welding Co., went to college, and worked his way up to manager of the engineering department. At the age of 42, he was forced to start his own engineering and design firm that designed and marketed rotary steam tube dryers, which can be found all over the US, Canada, Mexico and Germany. He loved Bacardi and Coke, old westerns, and could watch Nascar all day long. His Thanksgiving Bingo games were legendary with everyone fighting for the grand prize. He will be remembered as a kind, generous man who was a good listener and a great friend. There are no events planned as he did not wish to have services.

Charles W. Brown &#8220;The Strongest Man I Ever Met&#8221; Many knew him as &#8220;Charlie&#8221;, but after six back operations through the years and overcoming a long bout of leukemia in 2020, only to have passed away unexpectedly from... View Obituary & Service Information

The family of Charles Brown created this Life Tributes page to make it easy to share your memories.

“The Strongest Man I Ever Met”

Send flowers to the Brown family.