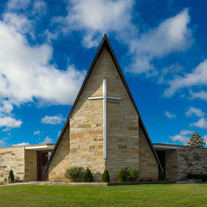 Donald Martin Markwell, 73, of Decatur, IL, passed away November 29, 2021 at Decatur Memorial Hospital, Decatur, IL. Donald was born June 7, 1948 in Decatur, IL, the son of Chester Leigh and Dorothy Jane (Ping) Markwell. He married Judy Marie Washut on June 19, 1971 in Boxelder, SD. Donald was a veteran of the US Air Force, serving during the Vietnam era. Following his military service he was employed as a maintenance custodian for Decatur Public Schools. He was a member of the American Legion Post 105 and Disabled American Veterans. During his leisure, he enjoyed spending time with his grandchildren. Surviving are his wife, Judy; children, Bryan Leigh Markwell or Chesterland, OH, Blake Andrew Markwell (Jana) of Downs, IL; brother, Thomas Markwell (Sherry) of Decatur, IL; sister, Marilyn Markwell of Decatur, IL and grandchildren, Alexander, Kaleb and Kara. He was preceded in death by his parents, and brother, Gerald Markwell. Memorial services will be scheduled at a later date. The Graceland Fairlawn Funeral Home has been entrusted with the care of Donald. Condolences may be left to his family at www.gracelandfairlawn.com.

The family of Donald Martin Markwell created this Life Tributes page to make it easy to share your memories.

Send flowers to the Markwell family.