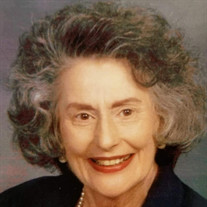 Janis Arlene (Fife) Bulger passed away Tuesday, April 13, 2021 at Fair Havens Senior Living Center, Decatur, IL. Jan was born in Cedar Rapids, Iowa to Ellsworth Le Grande and Irma Marcella (Ross) Fife. Her name was taken from a theater marquis where “Elsie Janis” and “Arlene Whalen” were listed. She was involved in many sports as a youth and enjoyed ballet and ballroom dancing. She was proud to let everyone know she learned at an early age to be quiet when someone was tee-ing off on the golf course! She met James Patrick Bulger, Jr. while working for the All-Iowa Fair, and they were married December 23, 1961. Together they had two children – a daughter, Connie Lynn, and a son, Scott Ellsworth. She also loved the two children from Jim’s previous marriage – a son, Rick, and a daughter, Kathryn. Jim preceded her in death February 26, 1986. She later was special friends with Floyd Zerfowski with whom she traveled, attended many jazz concerts and church, as well as enjoyed family time. Floyd also preceded her in death May 5, 2019. Janis was a member of Riverside Baptist Church and was actively involved in Decatur Christian Women’s Club for many years until her health declined. She worked at Riverside Baptist Church in the office for many years and then in the office of Dr. Gordon McGhee. Most of her life she was a homemaker and supported her children through their many activities. She was known for her deep faith, being a prayer warrior, her friendly disposition and for calling friends and family to sing them Happy Birthday. She is survived by her children Connie Farrar and Scott (Kim) Bulger; grandchildren Katelyn (Brandon) Jordan, Danielle Farrar, and Nicolas Bulger; great-grandchildren Arabella Jordan, Aurora Taylor, Addelaide Brown, and Blake Jordan. She was preceded in death by her parents, Ellsworth and Irma Fife, husband James Bulger, Jr., and great-grandson Brayden Taylor. The family would like to thank the staff of Fair Havens and Traditions Health Hospice for their loving care for her as her health declined due to Alzheimer's. Cremation services will be provided by Graceland Fairlawn Crematory. A memorial service will be held at 2:00 p.m. on Saturday, April 17 at Graceland Fairlawn Funeral Home. Memorials may be directed to the Alzheimer's Association. Condolences may be left for the family at www.gracelandfairlawn.com.

The family of Janis Arlene Bulger created this Life Tributes page to make it easy to share your memories.

Send flowers to the Bulger family.