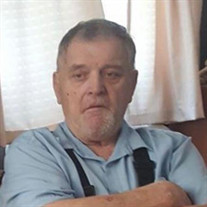 Jimmy Michael Rodgers, 76, of Mt Zion, IL passed away October 20, 2021 at St. Mary’s Hospital, Decatur, IL. Jimmy was born August 11, 1945 in Decatur, IL, the son of John and Martha (Jones) Rodgers. He married Patricia Kayser. Jimmy was a veteran of the US Army. Following his military service, he was employed with A.E. Staley. Following his retirement he worked with the Macon County Sheriff's Department as a Correctional Officer and later as a Security Officer at the Hickory Point Mall. He was a member of Pilgrim Lutheran Church. Surviving are his sister, Donna Force (Duane) of Indian Land, SC; brother, Jerry Rodgers (Patricia) of Lakeway, TX; grandchildren, Jeremy Rodgers, Jordan Rodgers, and R. J. Hines, great grandchild, Kylen Rodgers, and sister in laws, Judy Rodgers of Bradenton, FL and Kay Tolly of Decatur, IL along with several nieces and nephews He was preceded in death by his parents, daughter, Jennifer (Rodgers) Hines and brother, Jack Rodgers. The Graceland Fairlawn Funeral Home has been entrusted with the care of Jimmy. Services will be held at a later date. Memorials: Pilgrim Lutheran Church. Condolences may be left to Jimmy’s family at www.gracelandfairlawn.com.

The family of Jimmy Michael Rodgers created this Life Tributes page to make it easy to share your memories.

Send flowers to the Rodgers family.