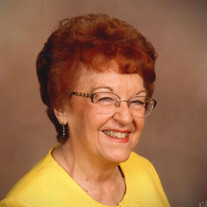 Marilyn Lorna Metzger, 80, of Decatur, passed away March 1, 2022 at HSHS St. Mary’s Hospital. Marilyn was born in Chicago on July 15, 1941, the daughter of Clifford and Marie (Matz) Brantner. After earning her college degree, she worked as a business manager and retired from Rolling Prairie Library System. In retirement, she continued working at the Community Foundation of Decatur and Macon County. Marilyn enjoyed being outside, and she took great pride in keeping her yard and garden immaculate. She loved spending time with her family and friends, and her cats were a special source of joy for her. Marilyn is survived by her son Michael (Peggy) Metzger; brothers Carter (Mary) Brantner and Doug (fiancée Lana) Brantner; grandchildren Ashley (Jimmy) Mayes, Anthony (Lorena) Metzger, Paige (fiancé Chris) Metzger, Andrew (fiancée Bailey) Metzger, Tiffany Theobald, and Hope Jones; great-grandchildren Amaia Jones, Blaine Farley, Lyla Farley, Colt Mayes, and Avery Metzger; two nieces; three nephews; and her card and dominoes friends Mary, Sharon, Barb & Jim, and Harley. She was preceded in death by her parents Marie & Clifford H. Brantner and her daughter Sarah L. Metzger. Marilyn’s family would like to extend special thanks to Dr. Ben Esparaz at Cancer Care for his compassionate care during her illness. Funeral service for Marilyn will be held at 11:00am on Tuesday, March 8, 2022 at St. Paul’s Lutheran Church. Visitation will begin one hour before the service. Burial at Graceland Cemetery will follow the service. Memorials may be directed to Macon County Animal Control and Care Center. Condolences may be shared with the family at www.gracelandfairlawn.com.

Marilyn Lorna Metzger, 80, of Decatur, passed away March 1, 2022 at HSHS St. Mary&#8217;s Hospital. Marilyn was born in Chicago on July 15, 1941, the daughter of Clifford and Marie (Matz) Brantner. After earning her college degree, she worked... View Obituary & Service Information

The family of Marilyn Lorna Metzger created this Life Tributes page to make it easy to share your memories.

Send flowers to the Metzger family.