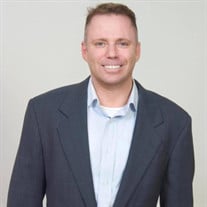 Rick Jon Weingart, age 58, died of natural causes unexpectedly at his home on February 19, 2021, in Decatur, Illinois. Rick is survived by his sister Kim (Steve) Wing, Cameo Island, WA; brothers Perry Weingart, Chicago, IL, Steve Weingart, Decatur, IL, Scott (Brenda) Moretz, Northwood, IA; nieces Cynthia Weingart (Matthew Kwasnik), Peoria, IL, Lisa Weingart (Michael Tinsley), Chicago, IL, Jessica Noonan, Blain, WA, Kari Davis, Wichita Falls, TX; nephews Tom Wing, Bellingham, WA, Colton Moretz, Northwood, IA, Casson Moretz, Northwood, IA; aunts Janell (Mike) Relic, Ocean City, CA, Janan Twito, Bellevue, WA, Faye (Tom) Gregg, Vancouver, WA; and his very special cousin Amy Twito, Seattle, WA. He is preceded in death by his father Melvin Weingart; mother Perralene Moretz; step-father Allen Moretz; grandparents Perry and Arlene Webb, and John and Myrtle Weingart; and his aunt, Sue Outland. Rick was born on January 12, 1963 in Decatur, Illinois. He graduated from Northwood-Kensett High School, Northwood, Iowa with the class of 1981. After a long and successful career in real estate in the Chicago area, Rick had recently relocated to Decatur. Rick was an incredibly social person who had friends all over the country. Friendly, loyal and dedicated, he had friends from all walks of life. He maintained friendships from his early childhood – he even kept in touch with one of his youthful pen pals – to friends made more recently among the neighbors at the apartment building he managed. He kept in touch with all the people he loved, calling and texting them to check in frequently. Rick loved animals, and was a caring “uncle” and dog-sitter for many of his furry friends. Rick was eternally optimistic and good natured and he loved to play practical jokes and make people laugh. As a kid his grandparents were frequent targets of his gags. More recently, he played a long-running practical joke on Facebook, with his alter ego, Penny Parkenfarker. He also loved to talk, and argue, particularly about politics. Rick liked traveling the country to spend time with friends and family. He was looking forward to several trips he had planned to take post-Covid. He especially enjoyed taking trips back home to Iowa where he enjoyed farm life, small town living and catching up his with family and childhood friends. Rick was a one-of-a-kind individual who deeply loved his large extended family of friends and relatives. He will be missed by all of them. A celebration of Rick’s life will be scheduled for a later date and burial will take place at the Elk Creek Cemetery in Kensett, Iowa. Graceland/Fairlawn Funeral Home and Cremation Center, 2091 N. Oakland Ave., Decatur, IL is in charge of the arrangements. Condolences and memories may be shared at www.gracelandfairlawn.com.

The family of Rick J. Weingart created this Life Tributes page to make it easy to share your memories.

Send flowers to the Weingart family.