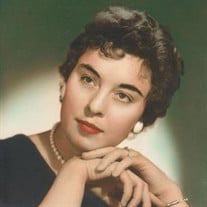 Wilma D. “Pat” Hursh, 88, of Decatur, IL, passed away at 5:30 A.M. on Sunday (02-06-2022) in her residence. Wilma was born on January 14, 1934 in Tompkinsville, KY, the daughter of Johnnie Patrick Whitehead and Lula Frances (Turner) Whitehead. She married Dan Malcom Hursh on October 17, 1964 in Decatur, IL. Wilma graduated from Gamaliel Highschool in 1952. She came to Decatur in 1954.Wilma was in the first Graduating class in the New Decatur Macon County Hospital School of Operating Room Technicians...it was considered a Pioneering program, one of the first in the nation and it was a tremendous success. She was sought after in this capacity and worked for Surgeon's William Requarth, Orthopedic Surgeon Dr. Parker, and Dr. Robert Canham. She gave up her career in order to adopt two of her children...and devoted the next 20 years of her life to occupations that allowed her to be with her children and their friends every step of the way. She worked and retired from the Lutheran School Association where two of her children went to school. After retiring from the school she did Home Health Care for several years. She was a devoted friend to 100's...a Mother to many, and a true Wife to one. She married Dan Malcom Hursh October 17, 1964 and devoted her next 57 years to him. They enjoyed camping with friends, fishing, car races and the Cubbies. She cared for him all of her life, and in the end He devoted his years caring for her. She loved her family, her friends, her neighbors, and above all her Lord Jesus Christ who she never failed to thank and share with others. She was a beloved member of Mt. Calvary Lutheran Church and she loved her church family and especially her Pastor. Prior to becoming a member at Mt. Calvary, she was a member of Concordia Lutheran Church where she taught Sunday School and was in Church Growth as long as she was able. Wilma is survived by her husband of almost 58 years; son: Patrick Hursh of Decatur, IL.; 2 daughters: Paula Claudine Yocom and husband Robert David of Decatur, IL, and Diana Beth Whiteside of the greater Orlando, Florida area; three grandchildren: Samantha Shendel, Robert Whiteside, Michelle Tobyansen; three great-grandchildren: Caleb Tobyansen, Carly Tobyansen, and Izabelle Whiteside. She was preceded in death by her parents, two brothers Luther and Thurman and two sisters Mary and Ruth Whitehead. Funeral service will be held at 11 A.M. Saturday (02-12-2022) at Mt. Calvary Lutheran Church Decatur, IL. Visitation will be held from 5:00 P.M. until 7:00 P.M. on Friday (02-11-2022) at Mt Calvary Lutheran Church. Burial will be at Union Cemetery Oreana, IL. Memorials may be made to: Mt. Calvary Lutheran Church. Condolences may be left to the family at www.gracelandfairlawn.com

The family of Wilma D. "Pat" Hursh created this Life Tributes page to make it easy to share your memories.

Send flowers to the Hursh family.