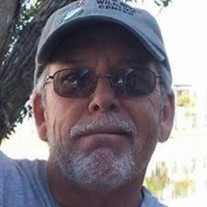 DECATUR – Carl David Brady, age 69, of Decatur, passed away peacefully at home on February 21st, 2022. He was born in Decatur, IL on December 16th, 1952, the first son of David E. Brady and Alice L. (Fogerson) Brady. Raised in Decatur, he was a graduate of MacArthur High School. In July of 1979, he joined Carpenters Local 742, and was an active member up to his retirement. Carl married Sandra Kaye Leihser in 1973, welcoming Chad and Megan Brady in the coming years. In 1999, Carl married Rikki Johnson Malone, enjoying trips to Sanibel Island and family time with Ashley, Nick, Katie and Morgan. As a self-described naturalist, adventurer, outdoorsman, and movie enthusiast, Carl enjoyed life to the fullest. He was at his happiest while fishing, hiking, traveling, and meeting new people. He was a lifelong Illinois basketball fan and a lover of nature and animals. He volunteered at Rock Springs Nature Center and Scovill Zoo, named 2014 Volunteer of the Year at the latter. In 2007, he travelled to Malawi, Africa, where he provided tools, training, and shirts to carpenters in the village of Santhe. In 2014, he moved to Cape Coral, FL, where he volunteered at Fishmore and Dolittle Consulting. While there, he further pursued his passions for fishing and meeting new friends, including his pizza and movie buddy, Bertha Hamilton. After his return to central Illinois in 2017, Carl spent his remaining years hiking, watching movies, and brightening the lives of those around him. Carl is survived by his siblings: Sandy (Doug) Miller, Linda (Bob) Brown, Ed (Cheryl) Brady, Steve (Laurie) Brady, and Tom (Randy) Brady; children: Chad (Kimberly) Brady of Cumming, Georgia and Megan (Aniket) Brady of Tucson, Arizona; grandchild Owen Brady; and numerous beloved nieces and nephews. Carl was preceded in death by his parents. Visitation services will be held on Saturday, February 26th, at 10:00 a.m. at Graceland Fairlawn Funeral Home, followed by a Celebration of Life at 11:00 a.m. to share stories and memories of Carl. The family requests the wearing of masks to allow all to attend as safely as possible. Memorial contributions can be made to Macon County Conservation Foundation. Arrangements by Graceland Fairlawn Funeral Home 2091 N. Oakland Ave, Decatur, IL 62526. Condolences and memories may be shared at www.gracelandairlawn.com Services will be streamed at funeralvue.com/login/event#69976.

The family of Carl David Brady created this Life Tributes page to make it easy to share your memories.

Send flowers to the Brady family.