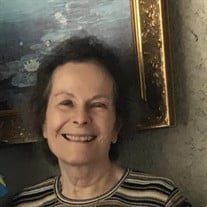 Catherine Lynnette Rhodes, age 71, of Tucker, Georgia, passed away at her home, Saturday, April 17, 2021 after an extended illness. Cathy was born March 1, 1950, to Robert and Catherine Taylor Rhodes in Decatur, Illinois. She graduated from Red Bank High School, Red Bank, TN in 1968. She attended Middle Tennessee State University in Murfreesboro, TN, and graduated with a Bachelor of Science degree in Mathematics in 1972. After moving to the Atlanta area, she obtained an MBA from Georgia State University. Cathy joined the Citizens and Southern National Bank, now Bank of America, in Atlanta, Georgia as a Computer Systems Analyst in August 1979 and worked there for 37 years, until retirement in 2016. She retired as a Vice President of the Bank of America Information Technology group. Cathy was an avid reader and loved books about History and Science Fiction, but her passion was Genealogy, and she traveled frequently with relatives to research and record their ancestry. Cathy is survived by two brothers, Robert Larry Rhodes and Donald Joseph Rhodes and their families. She will be missed by family, and many dear friends and colleagues from the Bank. Her remains will rest with her parents at the Graceland Cemetery in Decatur, IL. No services are planned. Graceland/Fairlawn Funeral Home, Decatur, IL is in charge of arrangements. Please share memories and condolences at www.gracelandfairlawn.com

The family of Catherine L. Rhodes created this Life Tributes page to make it easy to share your memories.

Send flowers to the Rhodes family.