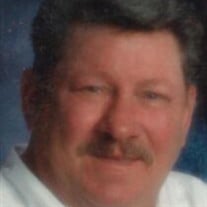 James Bernard “Bernie” Goodrich, 74, of Decatur, passed away Friday, September 10, 2021 at his home. Jim was born in Decatur on August 25, 1947, the son of Homer and Ruby (Hunter) Goodrich. He proudly served in the Army and later worked for Firestone. He retired from the Decatur Park District, having served as Assistant Superintendent. He enjoyed outdoor activities, including fishing, camping, NASCAR, and boating. He loved cooking, and everyone adored his delicious chicken and noodles. He was a devoted pet owner to Pickles and Buddy. He married Jane Tussing on January 28, 2005. Jim is survived by his wife Jane; children Stephanie (Todd) Drum, Richard (Lori) Goodrich, and Tiffanie (Kevin) Sikowski; stepson Mike Tussing; grandchildren Jarrod, Zach, Hayley, and Nicole; and great-grandchildren Greyson, Dylann, Reese, and Raife. Jim was preceded in death by his parents, granddaughter Natalie, and son-in-law Greg Drum. Graceland/Fairlawn Funeral Home is providing cremation services for Jim. Visitation will be held from 5 to 7 pm on Thursday, September 16 at Graceland/Fairlawn Funeral Home. Burial of cremated remains will take place in Graceland Cemetery at a later date. Condolences may be left for the family at www.gracelandfairlawn.com. Memorials may be directed to Cancer Care.

The family of James Bernard Goodrich created this Life Tributes page to make it easy to share your memories.

Send flowers to the Goodrich family.