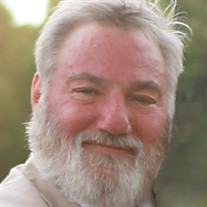 Joseph “Mark” Tomlovich, of Maroa, IL, died on Wednesday, August 4, 2021, in Decatur, IL. Mark was born on June 18, 1954, in Jacksonville, IL, to Joseph and Doris (Wolke) Tomlovich. He graduated from Jacksonville High School in 1972 and earned a BS in Chemistry and Physics from Illinois College in 1976. He continued his education in “A” School and Nuclear Power School to serve as an Electrician’s Mate in the United States Navy. Following his service, he worked in electrical maintenance at the Clinton Power Station for thirty-six years, most recently on the FIN team. He married Tina (Atwood) Tomlovich on March 2, 1993, in Clinton, IL, with whom he has five children: Catherine Tomlovich, Mary (Tomlovich) Smith, Joseph “John” Tomlovich, Rachel Tomlovich, and David “Matthew” Tomlovich. Mark was a beloved son, brother, husband, father, grandfather, and friend. He always had an interesting story to tell and a quick wit. He will be dearly missed. He is preceded in death by his parents and wife. He is survived by his siblings, Cynthia Watts (Dennis Young) of Mequon, WI, Antoinette Tomlovich (William Hardy) of Springfield, IL, and Marcie Tomlovich of Jacksonville, IL; his five children; and his two grandsons, Jonah and Jude Smith. Visitation will be held 12:00-1:00PM Tuesday, August 10 at Graceland/Fairlawn Funeral Home, 2091 N. Oakland Avenue, Decatur, IL. Funeral service will immediately follow at Graceland/Fairlawn Funeral Home. Burial will be in Graceland Cemetery with Military Honors by the Macon County Honor Guard. Services will be streamed at www.funeralvue.com/login/event#58136. Please share memories and condolences at www.gracelandfairlawn.com

The family of Joseph Mark Tomlovich created this Life Tributes page to make it easy to share your memories.

Send flowers to the Tomlovich family.